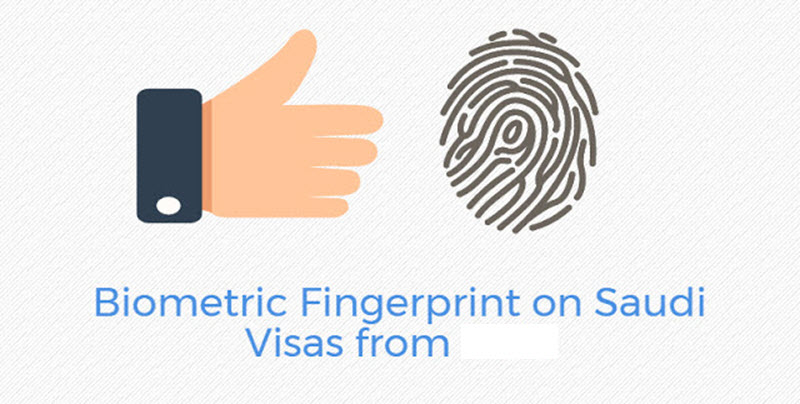 Yes on the other hand’s pilgrims visiting KSA are experiencing many problems like waiting to enroll the finger to Hajj and Umrah. Saudi Embassies in different countries like India, Philippines, and Pakistan has instructed to ensure fingerprint enrollment.

Yes, the fingerprint enrollment was introduced by Saudi Arabia a couple of years ago but just for work permits and visit visa. But now it’s on Hajj and Umrah all visas and countries too. Not just in India and Pakistan but Sweden and other similar countries too.

How to Check Saudi Visa Status with Passport Number

How to Check Umrah Visa Price and Its Status 2021

The plus point is you won’t wait in Saudi Arabia on arrival after enrolling the fingers in your home country like India, Philippines, Sweden, and Pakistan. This is at least some good news for applicants applying for visas for Saudi Arabia.

There must be charges when biometric finger enrollment in your home country. But not yet the fee has confirmed by anyone. As soon as we get information about the fee we will inform you. Though Visas activation without fingerprint is not possible anymore ensured by MOFA Riyadh Ministry of Foreign Affairs in Riyadh.

How to Cancel Final Exit Visa in Saudi Arabia

How to Cancel Exit Re-Entry Visa via Absher in KSA