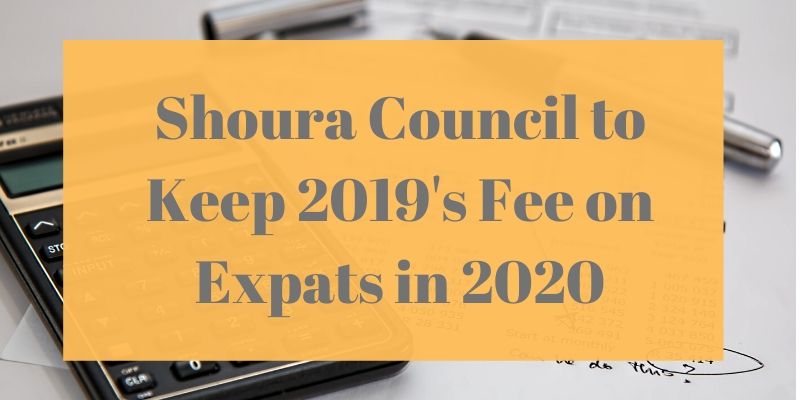 In the Kingdom of Saudi Arabia, Shoura Council has asked to keep studying the Expat fee for 2020. The Expat leavy fee implemented back 2019 the Shoura Council will study and keep it for the year of 2020.

Recently in Feb 2020, Shoura Council called the MOC (Ministry of Commerce). They asked to work with cooperation with authorities to keep the Expat fee as of 2019.  As per them they fee must be the same and must not be increased.

The Council studied with the help of relevenat authorities. They have noticed that the increment of the Expat leavy fee must not be implemented for the year of 2020. Because it effecting and disappointing companies as well as Expats to leave the Kingdom. Which is not good for the good wealth of Saudi Arabia.

Car Istimara in KSA | Everything You Need to Know

How to Block Sim Cards Registered on your Iqama ID

They have clarified that there is a negative impact of the fees on Expats on hundred of social and economic reforms.

On the other hand there thousands of frauds happening in KSA. Why because the fees are increasing, Expats cannot afford to pay the fees. Though they are going for fake iqamas which is not fair for expatriates. However, as the Shoura Council studies, it is the fees forcing the Expats for doing so.

So they are about to keep the level of a similar fee for the years of 2020 as it was back in 2019. Moreover, nothing is officially declared as of now, but soon we will hear some good news.

MOH and Umrah Plans to Start Preps of Umrah

Transfer of the Expatriates without Kafeel Approval